The 7th edition of the Creative Express will bring together 29 talented young creatives from all over Europe in Lisbon. The meeting will take place on the 12th and 13th of July in the Lisboa Market of Santa Clara, current headquarters of the Clube de Criativos de Portugal. Participants in this exclusive educational program will be briefed on the ADCE European Creativity Festival, held annually in Barcelona. Swiss creatives Yaël Kölliker (Namics AG) and Laura Hofer (Contexta) selected to join European creative elite.

29 young European talents have been selected by the Art Directors Club of Europe (ADCE) to participate in the Creative Express, an exclusive educational program that, in its seventh edition, will take place in the Portuguese capital on the 12th and 13th July.

Co-organized by the Clube de Criativos de Portugal and the ADCE, this edition of the Creative Express challenges its young participants to develop ideas and communication strategies to involve the European creative community in the next edition of the ADCE European Creativity Festival which will be held in Barcelona on the 9th and 10th of November.

The fifth edition of the ADCE European Creativity Festival sets out to bring together the best and most influential professionals in creativity, innovation and European design to celebrate, reward and inspire the art of creativity, graphic design and new creative solutions through an inspiring program of conferences, workshops, awards and networking spaces.

HP Albrecht, director of the Creative Express, and Ivo Purvis, member of the Board of Directors of the ADCE, are entrusted with the responsibility of challenging the young participants to develop, in just two days, a communication campaign addressed to the members of the associations and creative clubs subsumed to the ADCE and the entire European community of creatives and designers. According to HP Albrecht, "If you want to see the idea “Europe” at work — the power and enthusiasm of borderless, young European creativity — watch the Creative Express. Especially in these days." All this in an exceptional setting: the market of Santa Clara in Lisboa, current headquarters of the Clube de Criativos de Portugal.

Organized into seven working groups, the young talents will also have a panel of prestigious Creative Directors who will act as mentors throughout the process: Charlotte Bufler, Saurabh Kakade -Serviceplan Munich- and Esra Gülmen -Heimat- from Germany, and Filipe Mesquita -This is Pacifica-, Paulo Pinto -HavasWW-, Pedro Lima -Partners- and Marcelo Lourenço -Fuel- from Portugal.

The young creatives come from 15 European countries and have been selected by their respective local associations, members of the ADCE. As in previous editions, the participants are under the age of 28, and have at least two years of experience in the sector. 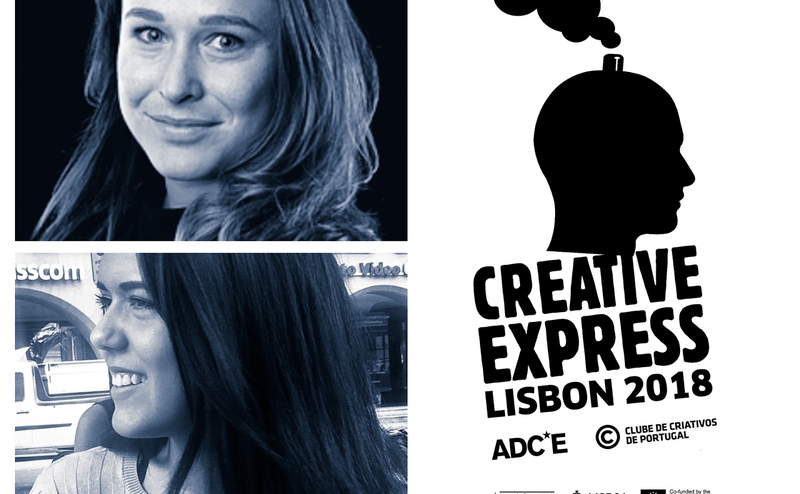